OWL OF THE MONTH 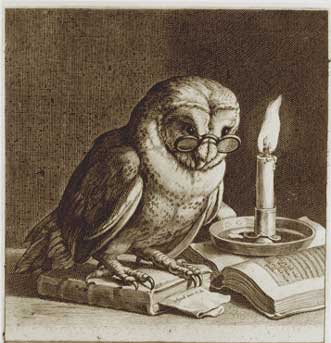 OWLS are a senior group ages 55 and over.  Anyone who wants to join in is welcome, regardless of age. The purpose of the group is to ensure those who are of the ‘Senior’ age are well taken care of and brought closer together.  We also want to recognize the benefit they bring to the Lord’s church here at Manassas.

One of the early identified action items was coming up with a name for the group.  The VOTES are in and it has been decided the name will be the Older, Wiser, Loving, Seniors (OWLS for short).  We believe this name truly characterizes those who will be part of this group. 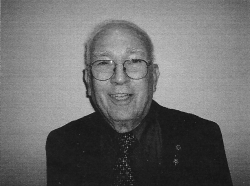 Orval Marshall was born January 24, 1928 to Ray and Gertrude Marshall in Syliva, Kansas and had six brothers. He remembers banks being closed  with little money for the family during the depression years.  He worked many jobs as a young child starting at age seven when he worked on a farm for three days and got paid $1.00.  At age 9, he also worked as a movie projector operator. At age 12, he worked on the railroad and in the oil fields. He built his first radio when he was 7 years old and later used that skill working as an electrical technician.

Living in Kansas, Orval has vivid childhood memories of severe dust storms that completely blocked out the sun so much so that the chickens went to roost.

The person who made a deep impression on him as a child was his grandfather John Grim (his mother’s father)who was the kindest person he has ever known.

Orval was drafted into the Army in 1946.  He served for 6 ½ years with duty stations in many places in Europe among which was serving under General Douglas McArthur’s guard staff. He was in charge of running movie entertainment for the troops. His childhood experience as a movie projector operation came in handy then.  When he completed his  military service, he worked in Civil Service as an electrical technician and as Chief of Audio Visual Maintenance.

Orval states that’s he has ridden every mode of transportation from a richshaw to a helicopter to an airplane.

In 1949, when he was stationed at Vent Hill, he met Josie Sheets in a coffee shop. He asked her to take a tour of Washington, DC with him.  He and Josie were married June 6, 1949 and they were married for 61 years before she passed away.  They had one adopted son, Richard who now lives in Bristow, VA. Orval has 2 granddaughters and 4 great-grandchildren.

On February 14, 2013, he married Peggy Weber.  He and Peggy love to travel.  At the time of this writing, they are on a senior bus tour to Nashville.  They have already been to Branson, MO and have plans to travel to Hershey, PA and Williamsburg, VA.  We wish Orval and Peggy many happy years together.

Orval’s advice for young people today is to get a good education or learn a trade.

JUNE OWL OF THE MONTH 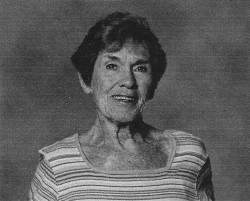 Helen was the only child of George and Helene Hazlett and was born September 14, 1919 in Philadelphia, PA where she lived until she was 22 years old.  Her parents were of Scottish and Irish descendent.  Her maternal grandfather came from Ireland and told Helen about the potato famine.

As a child, Helen loved flowers.  She remembers walking along the paths of the row houses in her Philadelphia neighborhood looking at the flower gardens. Her neighbors would give her Peonies from their gardens. Helen spent summers with her grandmother in Ocean City, NJ where she loved to swim in the Atlantic Ocean. Her grandmother would also give Helen a space for her very own flower garden. She would spend her allowance to buy flower seeds to plant.  Helen still loves flowers and has many in her yard today.  Her favorite flower is the Nasturtium and she also has Peonies as well.

Helen’s childhood pet was a white cat named Snowball. She loves cats and has one today named Princess because of the way she acts.

Helen married John Rawls in 1941 and they had two daughters, Polly and Susan who were ten years apart.  Polly had a son and a daughter and Susan has a son. Helen also has two great-granddaughters. Polly passed away five years ago from cancer.  Susan still lives in the area.   Helen worked as a secretary for Atlas Machinery and Iron Works near Gainesville for many years.

Helen remembers taking Polly shopping in Leesburg and having tea and viewing some gardens there.  Susan loved horses and she and Helen spent many hours riding together.

As a child, Helen always wanted to see Lucy, The World’s Largest Elephant, a roadside attraction in Ocean City, NJ, but never got the chance.  To fulfill that dream, her daughter, Polly, took Helen to see Lucy and that is something she cherishes.

Other hobbies of Helen’s over the years were fencing, hiking, reading and oil painting.  Today, Helen enjoys her flowers and watching birds on her deck.  She has also had bears come up on the deck to get the bird seed.  She scared them away by beating a pan with a spoon.  She is one spunky lady at 94 years old.

Helen’s advice to others is to try everything and never give up!