A BRIEF HISTORY OF THE MANASSAS CHURCH OF CHRIST

In May, Ed Valentine (a serviceman new to the Manassas community) ran an ad in the local newspaper inviting members of the Church of Christ, and anyone else who might be interested, to join him and his family in Christian worship.

The Arlington and Falls Church congregations encouraged their members to support and encourage this effort... and they did. 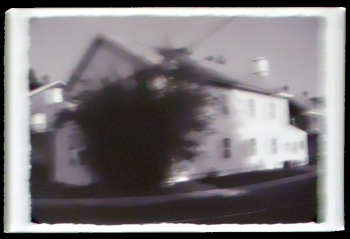 Manassas was a quiet, peaceful rural town where Cocke's Pharmacy was the local 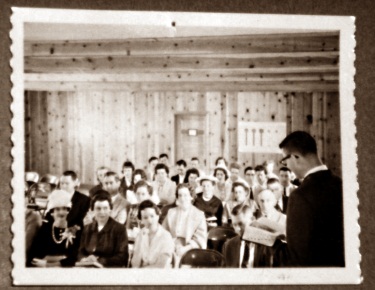 meeting place. It would be another seven years before Dulles Airport would open. There was no Route 66. Routes 234 and 28 were narrow two lane roads. There was no Pnnce William Hospital. The Manassas Airport was located across the road from what is now The Mall at Manassas. The hanger and business office were located on the site now occupied by Manaport Plaza where a new Food Lion store is located across from the Manassas Mall. The population of the Greater Manassas area was approximately one-twelfth its present population.

Manassas had no restaurants - the nearest McDonalds was near Camp Washington in Fairfax County (20 miles). By 1957 McDonalds had not yet sold one million hamburgers. Now they have sold billions. To dine out required a 20 to 25 mile trip one-way. It was at this time the whole northern Virginia was beginning to experience phenomenal growth.

During 1958 the congregation moved to the Oddfellows Hall on Center Street. It was necessary for some members to arrive early to pick up beer cans and other trash, mop the floor, and arrange the rooms for class and worship service. We became so crowded the children's classes was held in the restroom.

In September Stanley Brewer became the first part-time minister. He and his wife Ann both taught for Prince William Schools. He served as minister for the next 14 months.

Important Events in Our History 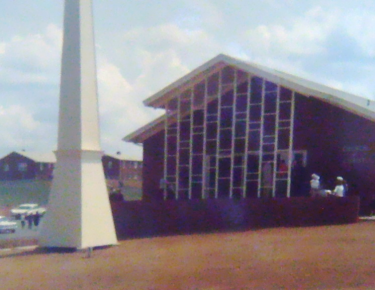 1961 - In August, the congregation entered into a contract with Paden Construction Company of Cliburne, Texas.

1962 - On April 29, services were held in the new building for the first time. 245 were present to help celebrate the occasion.

1965 - Nelson Smith served as the interim minister while completing his obligations at the Children's Home. 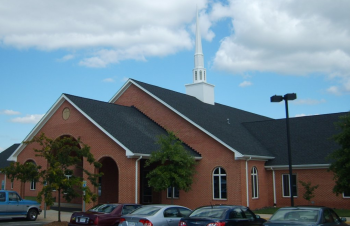 2007 - Celebrated our 50th Anniversary with a 3 day affair, and many of our past preachers, and elders in attendence.