When I was in the third grade I had a really good teacher named Mrs. Rife. Mrs. Rife was a Roman Catholic. I knew this to be true without a doubt because she talked about it all the time. When she said the Lord's prayer before lunch (yes, we still did that in West Virginia public schools in 1970) she would genuflect. Every Friday afternoon she would show us a filmstrip about one of the saints. We learned about Saint Sebastian being pierced with so many arrows, of Saint Barbara wiping the face of Jesus and receiving the image of Jesus on her cloth, and of Our Lady of Guadalupe making flowers bloom in the winter. She was an outstanding teacher, but this was inappropriate. This was not public education, this was catechism. This was one of the excesses Thomas Jefferson was trying to end when he proposed the doctrine of the separation of Church and State.

The other day my daughter was looking for an acceptable shirt to wear to school, and I suggested one of her many things that have something to say about Christ and the Church. She promptly informed me that religious tee shirts were not tolerated at school. Shirts advertising beer, satanic rock groups, and South Park, were fine. "Par for the course" as my grandma would say. We've ceased to question the institutional hostility public education has been forced to exhibit towards organized religion (and especially Christianity) by bureaucrats up the chain of command - liberal policy wonks who see Jerry Falwell lurking in the heart of every Christian and every vestige of Christianity a violation of the separation between church and state.

I said we've ceased to question this hostility as status quo, and yet, in the wake of the tragedy at Columbine H.S. many of you have mentioned to me that you wondered how all those kids got away with praying in school.

Pray they did. Every student interviewed mentioned it. They prayed fervently. They prayed alone and in groups. And when they were rescued they all went to church. Every church in Littleton opened its doors and the community filled them the night of the massacre. I wonder if the ACLU, People for the American

Way, or some other supposed bastion of personal freedom will get around to ferreting out these school pray-ers, all these culprits - all 1800 of them.

Jefferson and the other founding fathers were serious about defining the role of Government. The preamble to the constitution does just that, and it is perhaps the most important piece of thinking and writing they did. The American experience was a new experiment in government "of the people, by the people and for the people". Greek democracy was never representative, and really never more than an oligarchy. It is a great testimony to their insight that in this preamble they covered the only responsibility God gives government - to "insure domestic tranquillity," and "provide for the common defense,"

In Romans 13:1-7 we are commanded to be law abiding citizens and pay our taxes because government is a minister (deacon) of God. The single responsibility government has, according to these verses is to be "an avenger who brings wrath upon the one who practices evil," (13:4). Or to borrow a phrase from the Old Testament, government should enable us to sit beneath our vine, and fig tree, with no one to make us afraid (I Kings 4:25, Micah 4:4).

What the tragedy at Columbine teaches us is that government is about as good at this as we are at "being perfect as our heavenly Father is perfect," (Matthew 5:48). A person might live in a refugee camp on the Albanian-Yugoslav border, or in a rich suburb of Denver, Colorado - and still it is true, when it comes to keeping its singular responsibility, government is too often impotent.

This is why the people of Littleton filled the churches that fateful evening. Because God is not powerless. This is why 1800 students broke the law and organized themselves in prayer at Columbine H.S. This is why, as well, most high school students in America were violating their supposed barrier between Church and State the rest of the week. 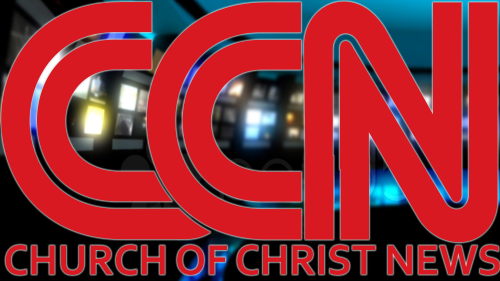